From the top lift of the Skyway Mont Bianco, approach as for the classic Marbrées descent. Continue past the Aiguille Marbrées and up to the ridge coming down from the Dent du Géant, but to the looker's right side of the mountain. The approach couloir is located about 300 meters to the right of the approach for the Dent du Géant South Face. The couloir is located just to the left of point 3537 marked on the map. The correct couloir is the most straightforward to climb of the several small couloirs coming down from the ridge. From the top of the ridgeline, traverse hard with skis on across the bottom of the South Face of the Dent du Geant. This long traverse on skis (be careful on the hard refrozen snow early in the morning) eliminates climbing the bottom two thirds of the line and makes for the most logical approach. Climb the remainder of the couloir which tops out at 4000 meters on the Rochefort Arête. The top is very steep (55 degrees) before lessening to 50 and then remaining sustained at 45. Depending on the conditions, it may be necessary to make an abseil near the top of the line. Continue down the narrow couloir directly below or make a hard traverse skier's left and out onto the exposed face. The couloir may require a further abseil, but it is the most logical line to take. Join up with the classic Marbrées route and descend to Val Ferret. 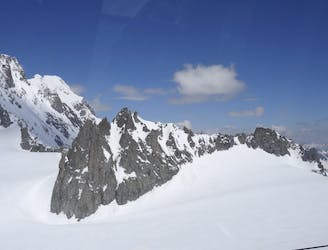 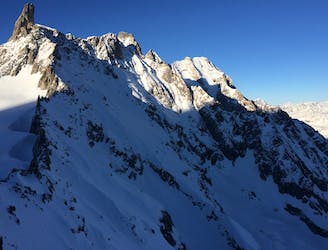 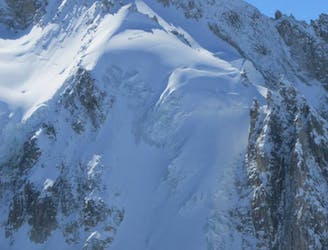 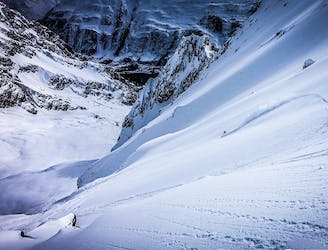 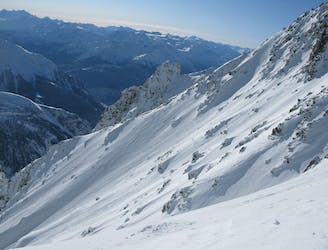 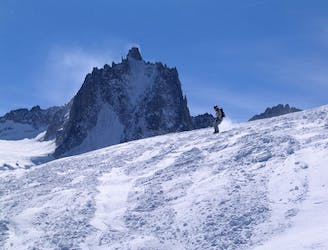 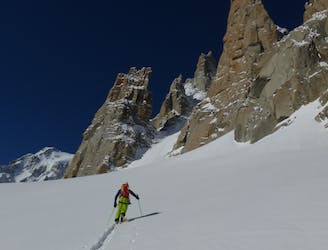 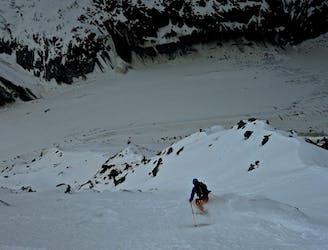 The classic steep ski line of the area, featuring beautifully open and exposed skiing. Whilst not in the realms of true extreme skiing, it is a very serious run for experienced ski mountaineers only. 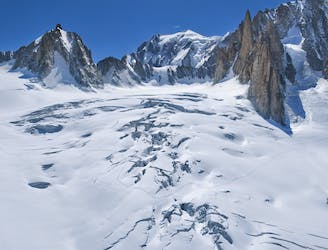 A steep and technical couloir that gives way to big open slopes in a magnificent setting. 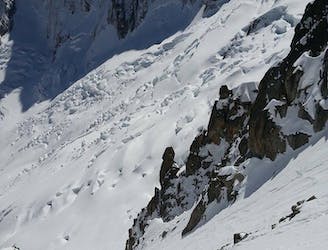 A lesser known couloir than it's neighbours, with breathtaking scenery of the Grands Jorasses 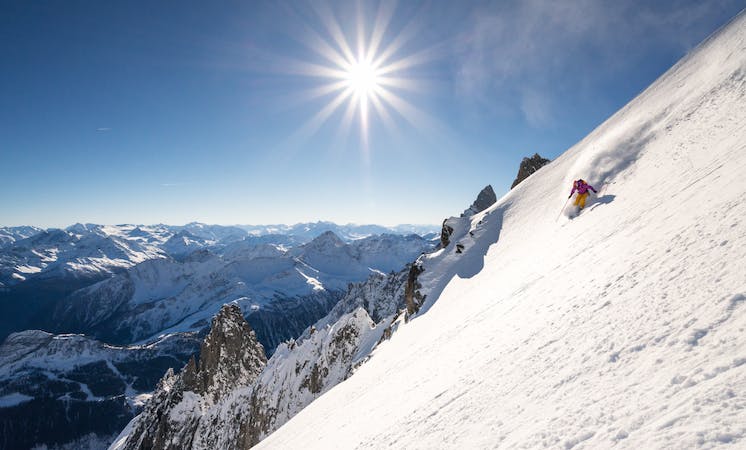 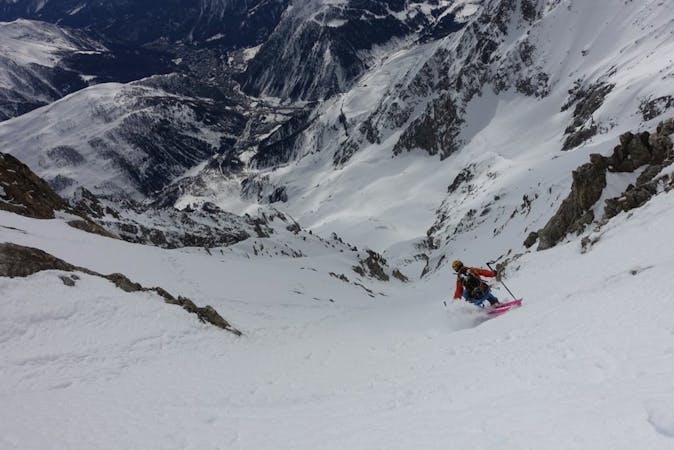