Short but strenuous route from the top of the gondola to the summit of Mount Mansfield.

Of the many ways to reach the top of Mount Mansfield, Cliff Trail is the shortest, but that doesn’t mean it’s easy. Stow Mountain Resort rates it as a “double black diamond” hiking trail. This hike requires mild rock scrambling with fall potential. If you are not comfortable with that, consider a different route to the summit.

The hike begins from the top of the Stowe gondola, which is a popular summer attraction. It lets off at a spectacular view and the location of the Cliff House restaurant, where you can enjoy a pre- or post-hike meal and beverage. From the top of the gondola, you’ll walk on a dirt road for a short distance before reaching the start of Cliff Trail. At the turn, a sign reminds you of the latest time you can ride the gondola down. If you don’t want to return to the bottom on foot, make sure you don’t miss it.

The trail starts out relatively mellow and much like any other trail on Mount Mansfield–ascending a rocky path with thick vegetation on either side. Soon, however, it comes to a near-vertical rock wall and skirts along its base for a little while. You’ll know when you arrive at the “cliff” section. The trail, marked with blue blazes, turns abruptly up into a jumble of boulders and onto a steep rock face. Hand and footholds are abundant, but you’ll need to use every limb to ascend.

After the initial scramble, the grade lessens somewhat, and you can stand upright while walking the steep, bare-rock path. Due to the humid Northeast climate, the rock is often wet and slippery, so use extreme caution. Soon enough, you’ll top out on the ridgeline of Mount Mansfield and intersect with the Long Trail. Long Trail North continues to the summit, and it is much easier going, as long as the weather holds. You’ll continue to walk along bare rock, now following white blazes. Take care not to step on any of the surrounding greenery, because the alpine environment is quite fragile.

When you reach the summit of Mount Mansfield, you’ll be standing on the highest point in the state of Vermont. It’s the peak of the mountain known as The Chin. All the lesser peaks are similarly named–The Forehead, The Nose, Adam’s Apple, etc.–because from a distance, the mountain resembles an elongate profile of a human face. Take time to take in the view, if there is one free of clouds, but be sure to leave plenty of time for the descent. Going down the slick rock can be more treacherous than going up, so the return trip may actually take longer. 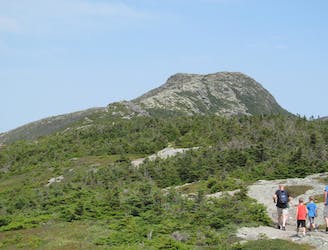 The easiest route to the summit of Mount Mansfield. 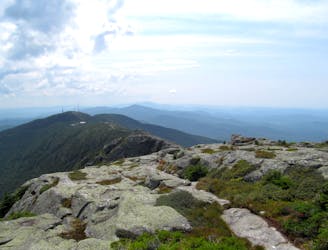 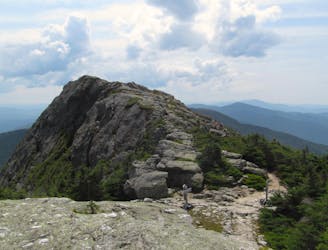 Widely considered the best trail to the 4,393-foot summit of Mount Mansfield. 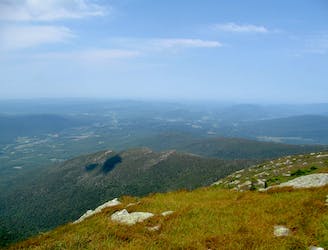 Reach the summit of Mount Mansfield via three of its most thrilling trails. 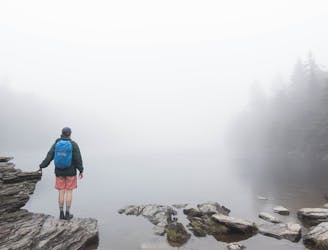 Popular hike to a large pond near the top of a mountain. 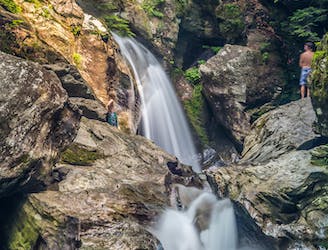 A 40-foot waterfall and summer swimming holes in a mountain stream.

Butler Lodge Trail to The Forehead 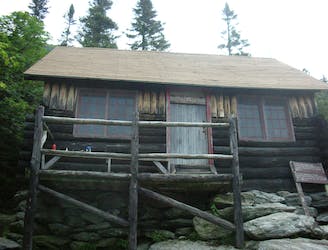 Climb to one of Mount Mansfield’s lesser peaks, with an overnight shelter and options for longer loop routes. 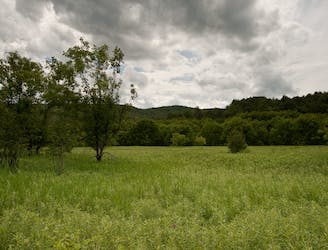 Short, family-friendly nature trail with a view of Vermont's tallest mountain and a chance at spotting wildlife. 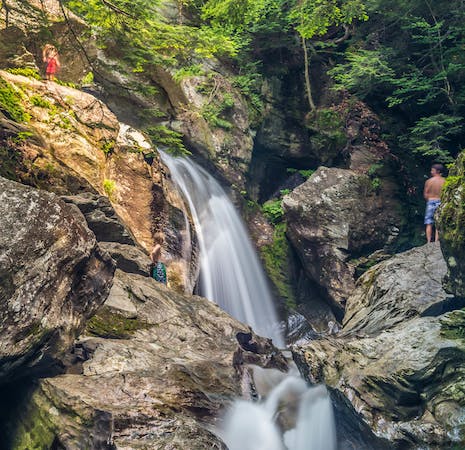 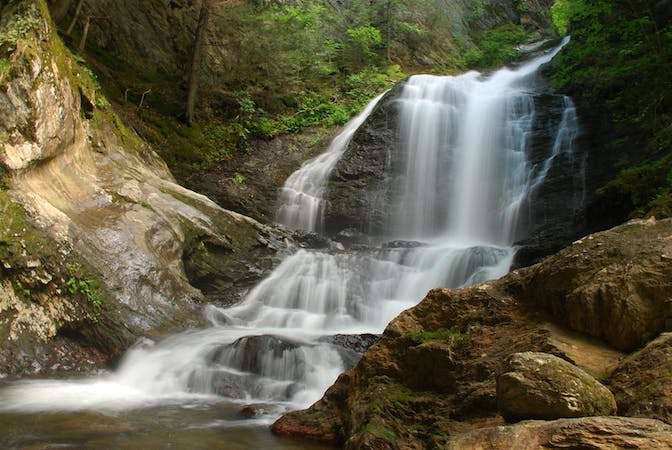 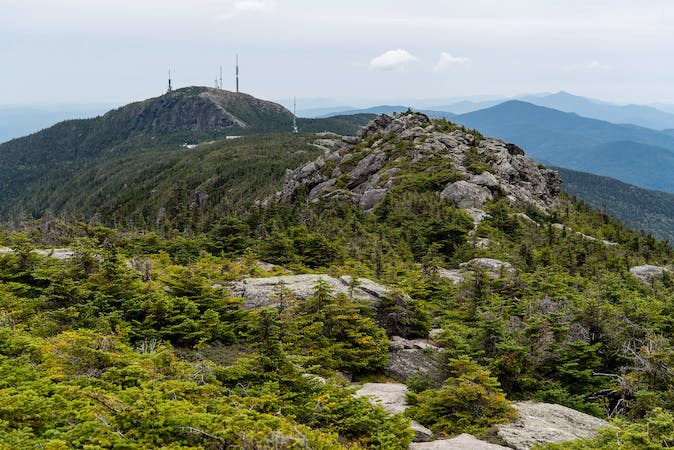 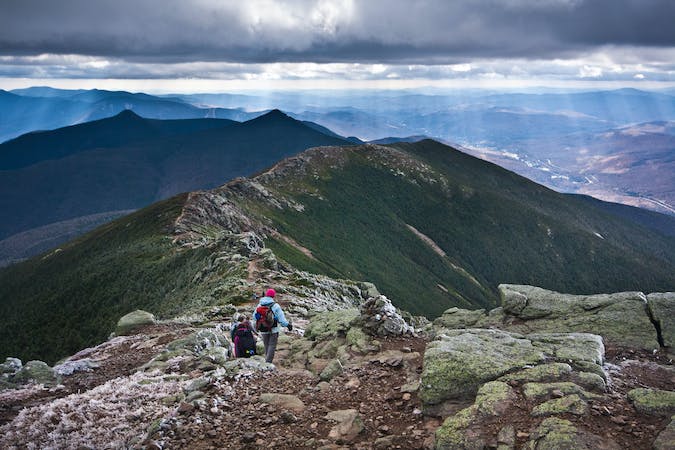